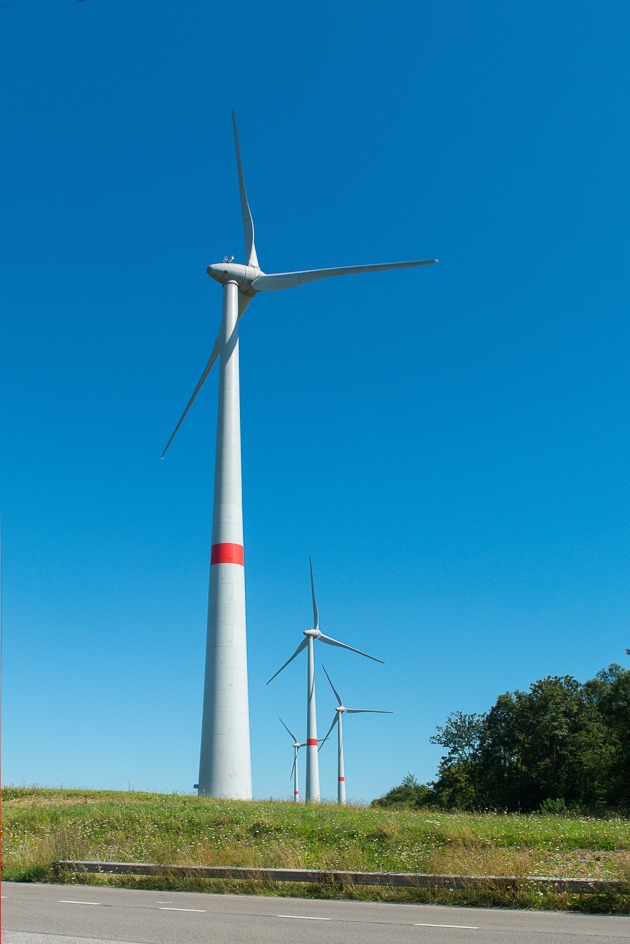 The idea is to install wind turbines in remote areas where there are usually fewer homes so that people would not be subject to any inconvenience. Further to this call for proposals, the company VENTIS was awarded the first project and in 2016, four 2.35 MW wind turbines were installed and inaugurated (i.e. the equivalent of the consumption of about 5,200 households) along the Canal du Centre in Houdeng-Goegnies at the Garocentre site.

In July 2016, a second call for proposals was issued. It concerned the installation of high-power wind turbines (>1MW) on the motorway service areas managed by SOFICO. In total, 25 sites have been licensed out on which 40 wind turbines can be operated.

Each concession is allocated for a period of at least 20 years and each installation must obtain an operating licence. If all these projects are brought to completion, these 40 wind turbines will be able to produce an average of over 300,000 MW/h, i.e. the equivalent of the consumption of over 85,000 households (based on a household’s annual consumption of 3,500 MWh), corresponding to all the households in Namur and Tournai combined. 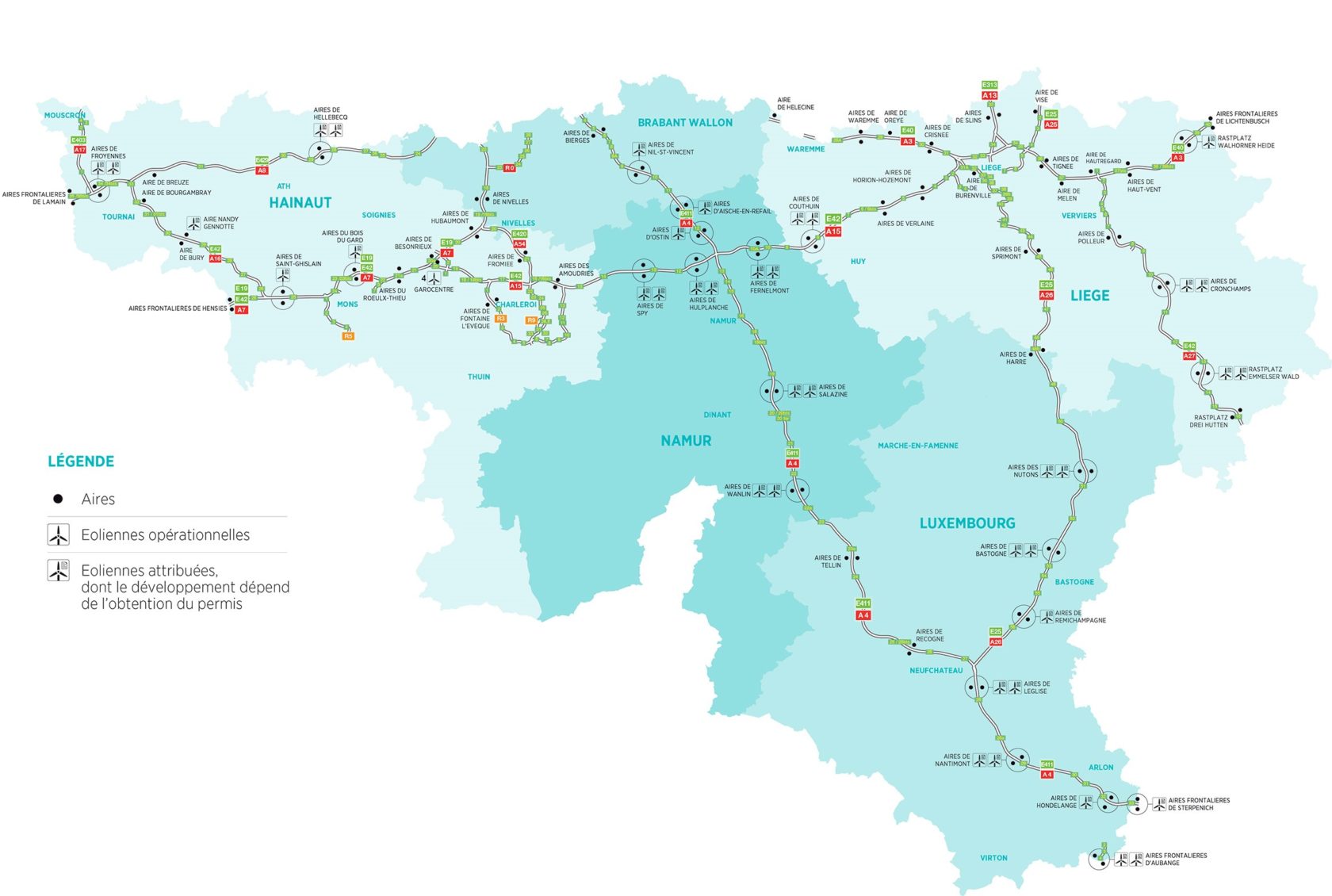